Crash of a De Havilland DHC-2 Beaver off Metlakatla: 2 killed 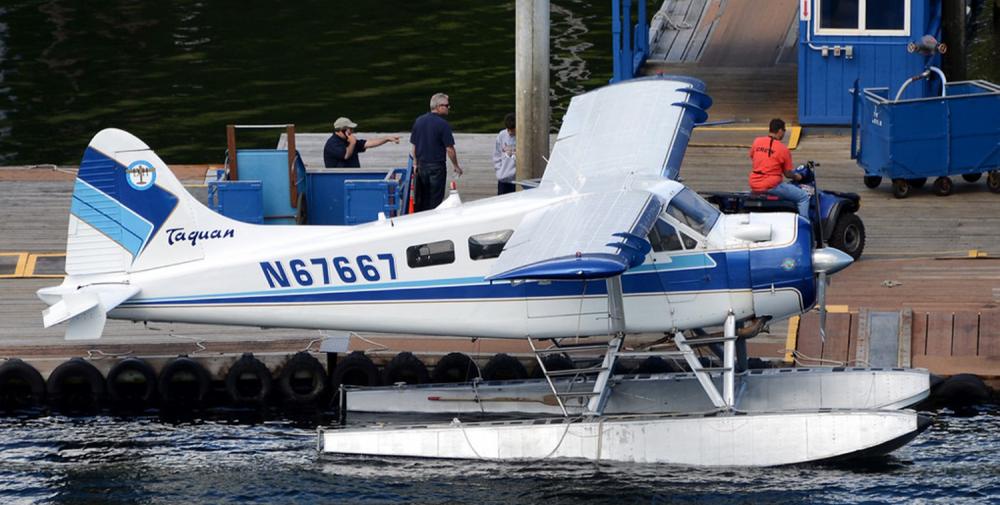 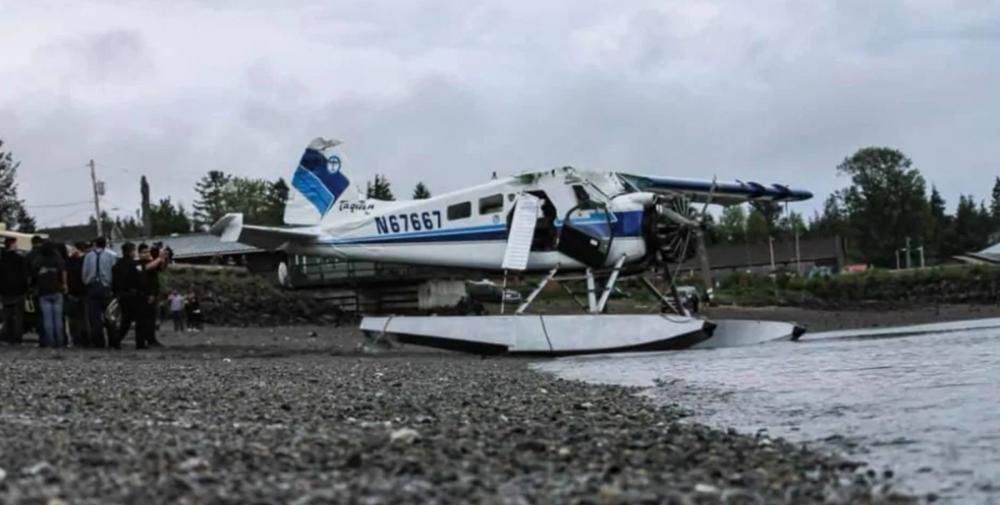 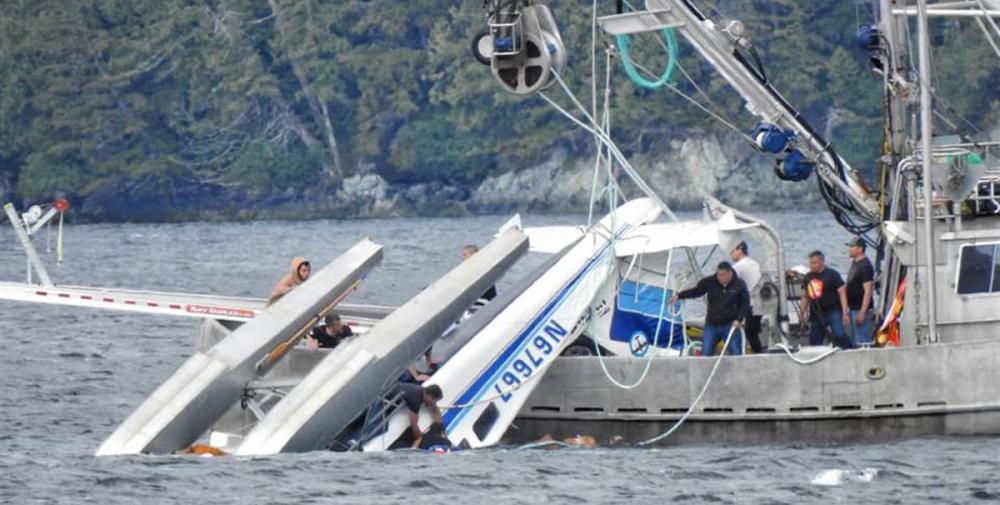 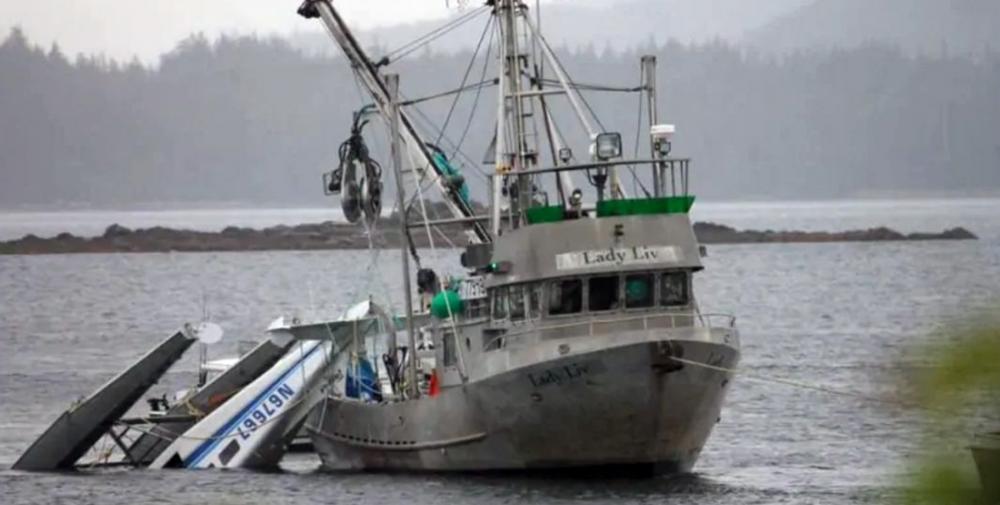 Registration:
N67667
Flight Phase:
Landing (descent or approach)
Flight Type:
Scheduled Revenue Flight
Survivors:
No
Site:
Lake, Sea, Ocean, River
Schedule:
Ketchikan – Metlakatla
MSN:
1309
YOM:
1959
Location:
Metlakatla
Alaska
Country:
United States of America
Region:
North America
Crew on board:
1
Crew fatalities:
1
Pax on board:
1
Pax fatalities:
1
Other fatalities:
0
Total fatalities:
2
Captain / Total flying hours:
1623
Captain / Total hours on type:
20
Aircraft flight hours:
29575
Circumstances:
The commercial pilot was conducting his first scheduled commuter flight from the company’s seaplane base to a nearby island seaplane base with one passenger and cargo onboard. According to company pilots, the destination harbor was prone to challenging downdrafts and changing wind conditions due to surrounding terrain. Multiple witnesses at the destination stated that the airplane made a westerly approach, and the wind was from the southeast with light chop on the water. Two witnesses reported the wings rocking left and right before touchdown. One witness stated that a wind gust pushed the tail up before the airplane landed. A different witness reported that the airplane was drifting right during the touchdown, and another witness saw the right (downwind) float submerge under water after touchdown, and the airplane nosed over as it pivoted around the right wingtip, which impacted the water. Flight track and performance data from the cockpit display units revealed that, as the airplane descended on the final approach, the wind changed from a right headwind of 6 knots to a left quartering tailwind of 8 knots before touchdown. The crosswind and tailwind components were within the airplane’s operational limitations. Examination of the airframe, engine, and associated systems revealed no evidence of mechanical malfunctions or failures that would have precluded normal operation or egress. During the final approach and descent, the pilot had various wind information available to him; the sea surface wind waves and signatures, the nearest airport observation winds, the cockpit display calculated wind, and the visual relative ground speed. Had the pilot recognized that the winds had shifted to a quartering tailwind and the airplane’s ground speed was faster than normal, he could have aborted the landing and performed another approach into the wind. Although crosswind landings were practiced during flight training, tailwind landings were not because new pilots were not expected to perform them. Although the crosswind component was well within the airplane’s limits, it is possible that combined with the higher ground speed, the inexperienced pilot was unable to counteract the lateral drift during touchdown in a rapidly shifting wind. The pilot was hired the previous month with 5 hours of seaplane experience, and he completed company-required training and competency checks less than 2 weeks before the accident. According to the chief pilot (CP), company policy was to assign newly hired pilots to tour flights while they gained experience before assigning them to commuter flights later in the season. The previous year, the CP distributed a list of each pilot’s clearances for specific types of flights and destinations; however, an updated list had not been generated for the season at the time of the accident, and the flight coordinators, who were delegated operational control for assigning pilots to flights, and station manager were unaware of the pilot’s assignment limitations. Before the flight, the flight coordinator on duty completed a company flight risk assessment that included numerical values based on flight experience levels. The total risk value for the flight was in the caution area, which required management notification before releasing the flight, due to the pilot’s lack of experience in the accident airplane make and model and with the company, and his unfamiliarity with the geographical area; however, the flight coordinator did not notify management before release because the CP had approved a tour flight with the same risk value earlier in the day. Had the CP been notified, he may not have approved of the pilot's assignment to the accident flight. The pilot's minimal operational experience in seaplane operations likely affected his situational awareness in rapidly changing wind conditions and his ability to compensate adequately for a quartering tailwind at a higher-than-normal ground speed, which resulted in a loss of control during the water landing and a subsequent nose-over.
Probable cause:
The pilot’s inadequate compensation for a quartering tailwind during a water landing, which resulted in a loss of control and subsequent nose-over. Contributing to the accident was the company’s inadequate operational control of the flight release process, which resulted in assignment of an inexperienced pilot to a commuter seaplane flight.
Final Report:
N67667.pdf6.15 MB 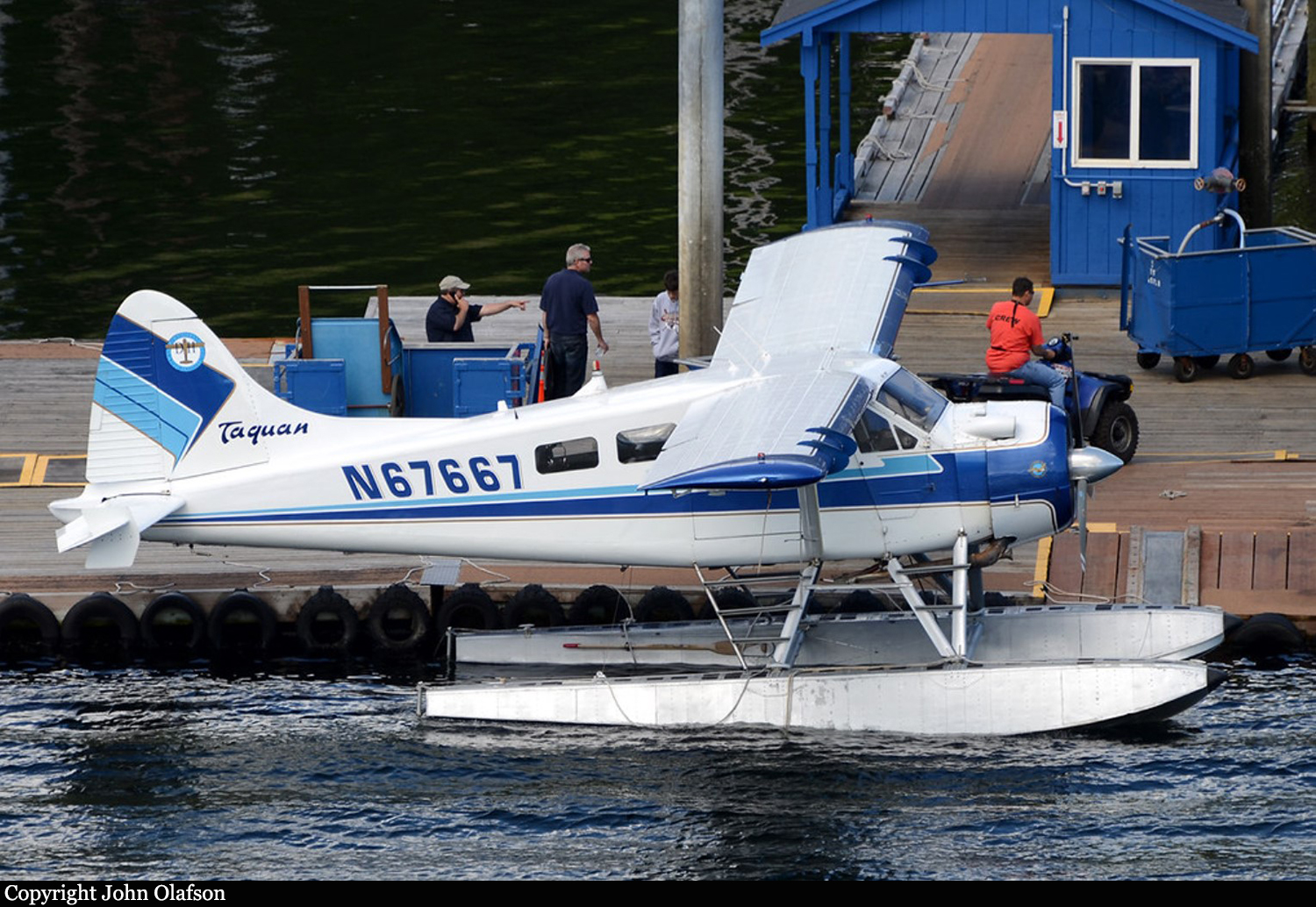 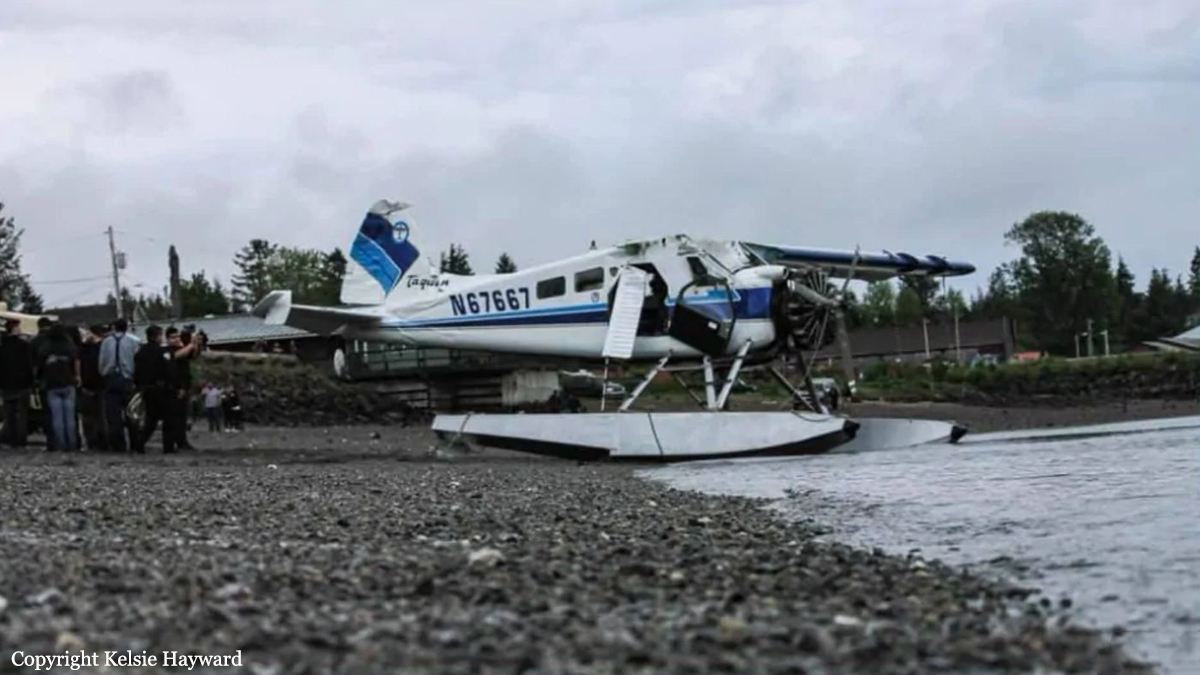 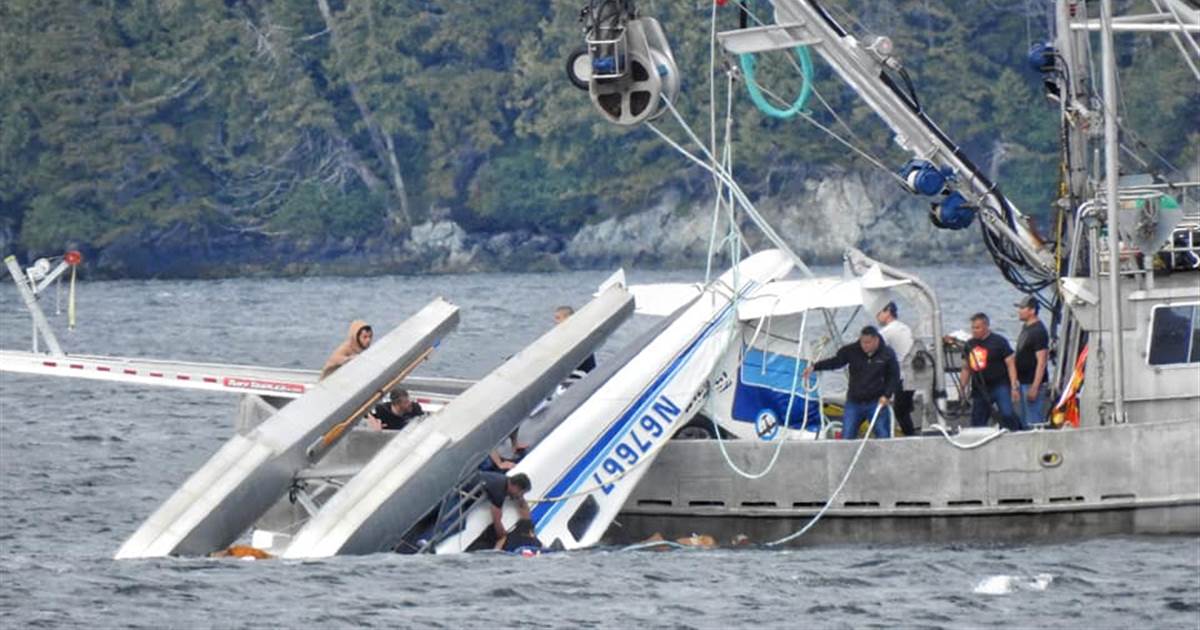 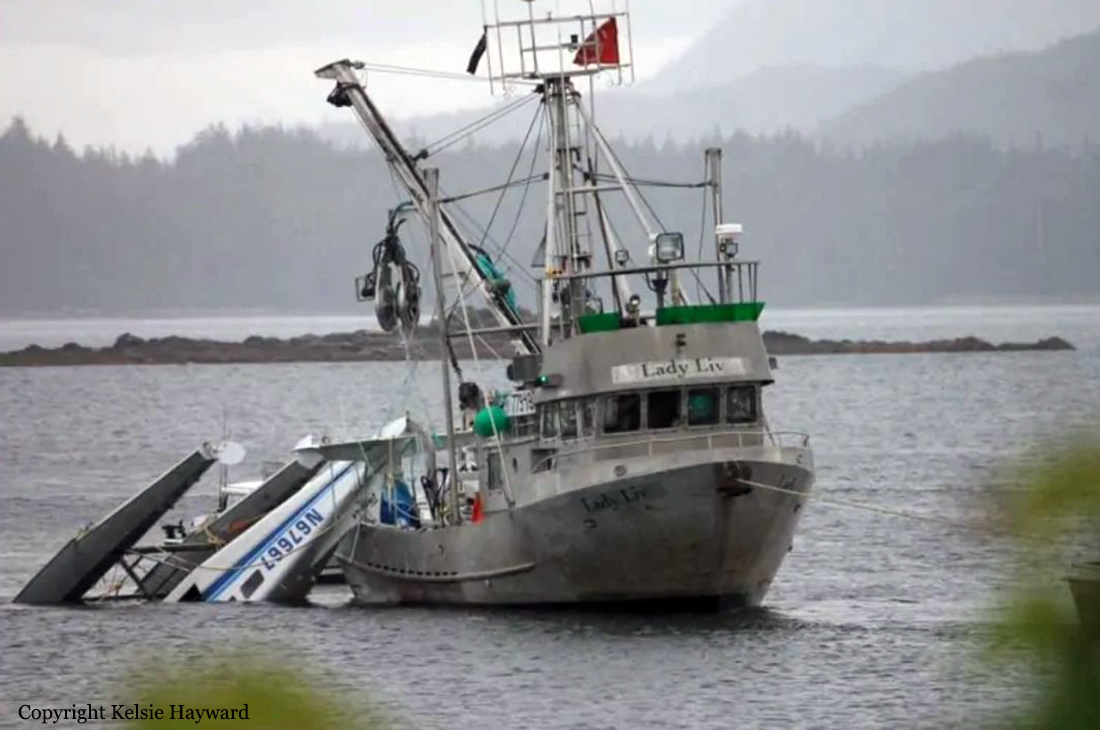