Crash of a Quest Kodiak 100 off Welaka: 2 killed 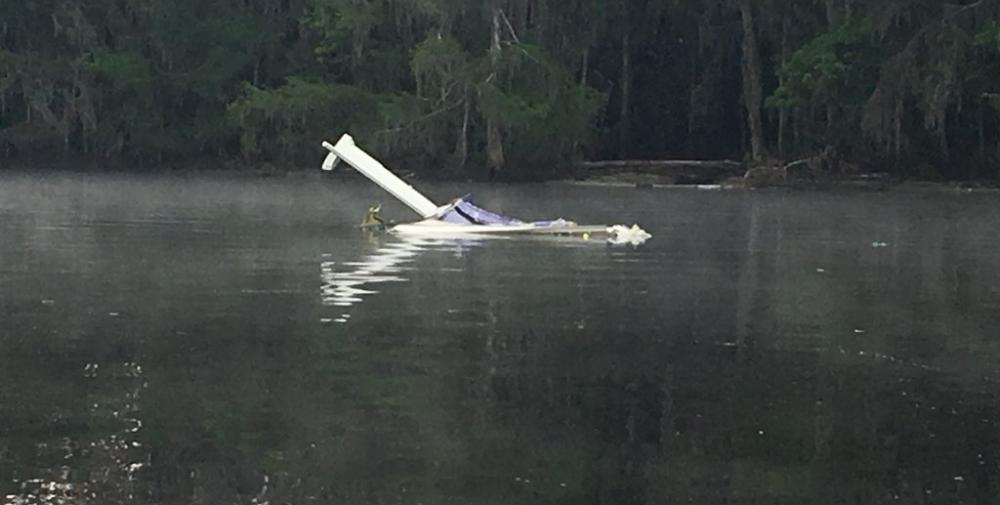 Type of aircraft:
Quest Kodiak 100
Operator:
Pegasus of Montana
Registration:
N969TB
Flight Phase:
Landing (descent or approach)
Flight Type:
Private
Survivors:
No
Site:
Lake, Sea, Ocean, River
Schedule:
Welaka - Welaka
MSN:
100-0173
YOM:
2016
Location:
Welaka
Florida
Country:
United States of America
Region:
North America
Crew on board:
1
Crew fatalities:
1
Pax on board:
1
Pax fatalities:
1
Other fatalities:
0
Total fatalities:
2
Circumstances:
On February 27, 2018, about 1930 eastern standard time, a Quest Kodiak 100, N969TB, was substantially damaged after it impacted a river near Georgetown, Florida. The private pilot and pilot-rated passenger were fatally injured. The airplane was registered to and operated by an individual as a 14 Code of Federal Regulations Part 91 personal flight. Night visual meteorological conditions prevailed, and there was no flight plan filed for the flight, which was destined for Mount Royal Airport (3FL0), Welaka, Florida. According to preliminary air traffic control data provided by the Federal Aviation Administration (FAA), a radar target identified as the accident airplane overflew 3FL0 and then proceeded to make a right turn toward and over the Ocala National Forest. It circled back to the airport, overflew it, and entered a left turn. The airplane continued the left turn, again overflew the airport, and impacted a river that was about 1 mile to the west of the airport. According to a witness, the airplane departed 3FL0 on the day of the accident around 1530. Another witness, observed the airplane shortly before the accident and noted that it was flying "really low," and was in a 45° bank left turn, "wobbled" once, and then continued the turn. In addition, she noted that the lights on the airplane had "halos" around them because it was foggy, and that the engine sounded "fine." Local law enforcement and recovery personnel reported that there were no downed tree branches and no down powerlines in the along the shore in the vicinity of the accident site. Furthermore, recovery personnel noted several gallons of Jet A fuel draining from the airplane during recovery. According to FAA records, the pilot held a private pilot certificate with ratings for airplane single-engine land, single-engine sea, multiengine land, multiengine sea, and instrument airplane. The pilot was issued a third-class medical certificate on November 27, 2016. At that time, he reported 3,400 hours of total flight time, of which the 20 hours were within the previous 6 months of the medical examination.According to FAA records, the pilot-rated passenger held an airline transport pilot certificate with ratings for airplane multiengine land and airplane multiengine sea. He held commercial certificate ratings for airplane single-engine land and airplane single-engine sea. In addition, he held a flight instructor certificate with ratings for airplane multiengine and instrument airplane. His most recent second-class medical certificate was issued on October 4, 2013. According to FAA records, the airplane was manufactured in 2016 and issued an airworthiness certificate in April 2016. In addition, it was equipped with a Pratt and Whitney Canada PT6A34, 750-horsepower engine that powered a 4-bladed Hartzell constant speed propeller. The 1915 recorded weather observation at Palatka Municipal Airport – Lt. Kay Larkin Field (28J), Palatka, Florida, which was about 13 miles to the north of the accident location, included wind from 050° at 8 knots, visibility 10 miles, overcast clouds at 1,500 feet above ground level, temperature 17° C, dew point 15° C, and an altimeter setting of 30.25 inches of mercury. The airplane impacted a river and came to rest inverted in about 10 feet of water. All major components of the airplane were recovered from the river except the outboard section of the left wing and the left aileron. The forward section of the fuselage was impact-crushed aft. The right wing was impact separated from the fuselage and when the wing was moved for the wreckage examination, an unquantified amount of jet A fuel drained from the wing. The left wing was impact separated from the fuselage and the left flap was separated from the left wing. The flap jackscrew was measured and corresponded to a full flap position. The empennage remained attached to the fuselage and the horizontal stabilizers and elevators were cut to facilitate recovery. Flight control continuity was obtained from all flight control surfaces to the cockpit through tensile overload breaks and cuts made to facilitate recovery. The propeller remained attached to the reduction gearbox but was separated from the engine. All four propeller blades remained attached to the hub and three were not in the feathered position. Two of the propeller blades exhibited S-bending, the other 2 blades were bent aft, and leading-edge gouging was noted on three of the blades. The engine was impact-separated and recovered from the river. The left exhaust stack was impact crushed and the right exhaust stack received minor impact damage. The reduction gear box chip detector was examined, and no debris was noted. Continuity was confirmed between the compressor turbine and the accessory section of the engine by rotating the compressor turbine. Rotational scoring was noted on the compressor turbine. The power turbine was examined and exhibited rotation scoring on the fir tree disk, the blades, and the leading edge of the shroud tips. In addition, the power turbine shroud exhibited rotational scoring. 3FL0 was a private airport located about 3 miles south of Welaka, Florida. The airport elevation was estimated at 41 feet mean sea level. The airport did not have an operating control tower at the time of the accident. Runway 8/25 was 3,000 ft long and 50 ft wide. There were no published instrument procedures into the airport. The airport was bordered to the west by the Ocala National Forest, which was 673 square miles of densely wooded and unlighted terrain. 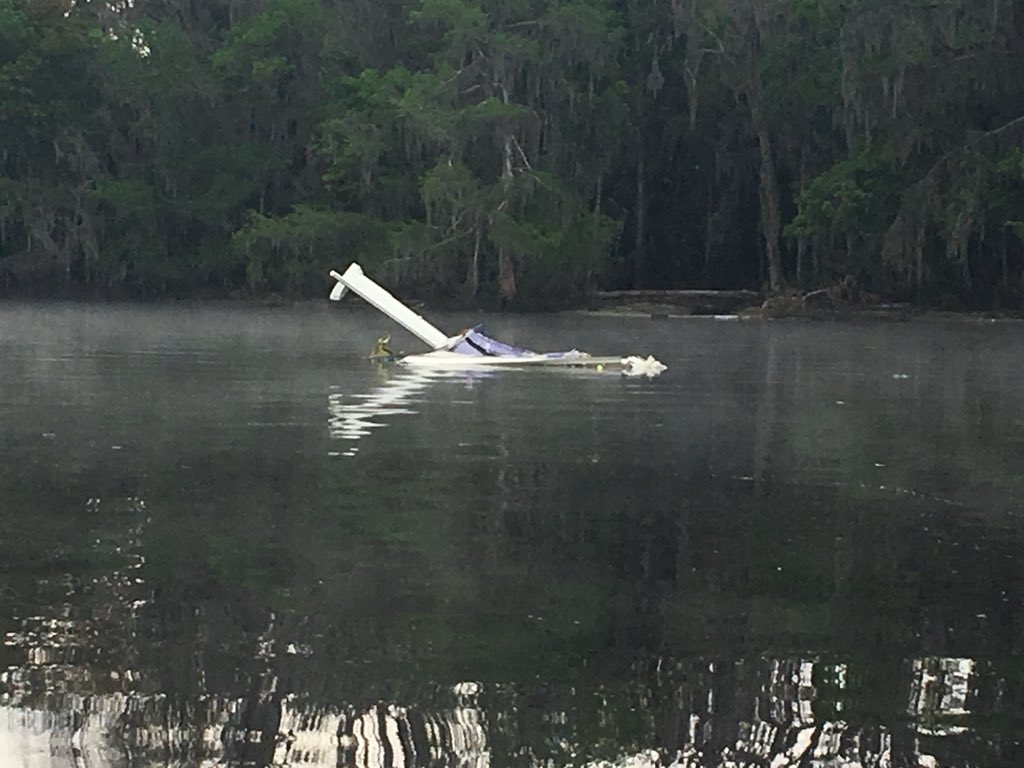