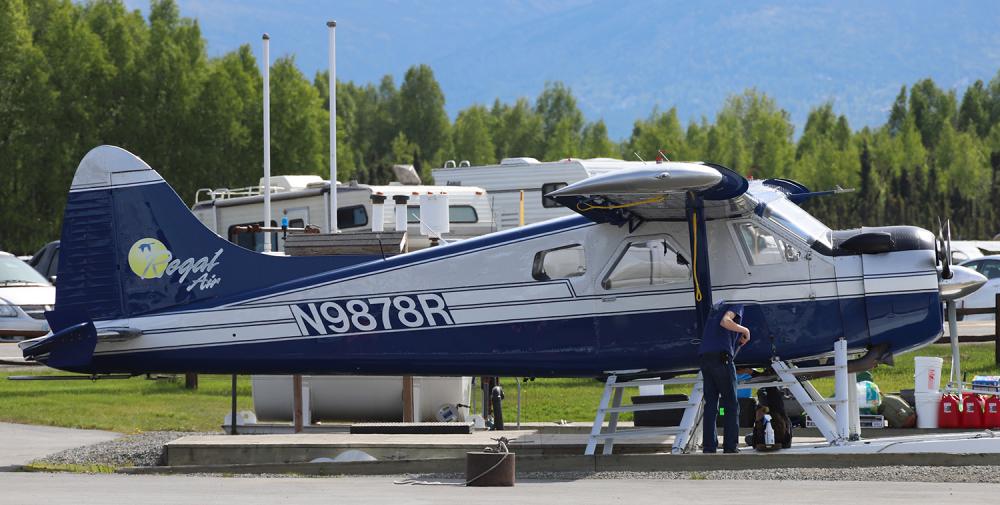 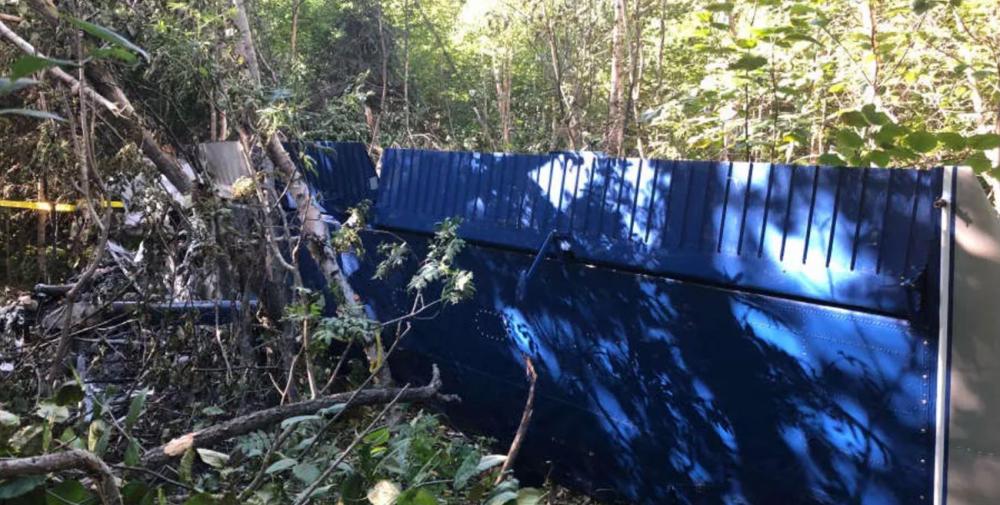 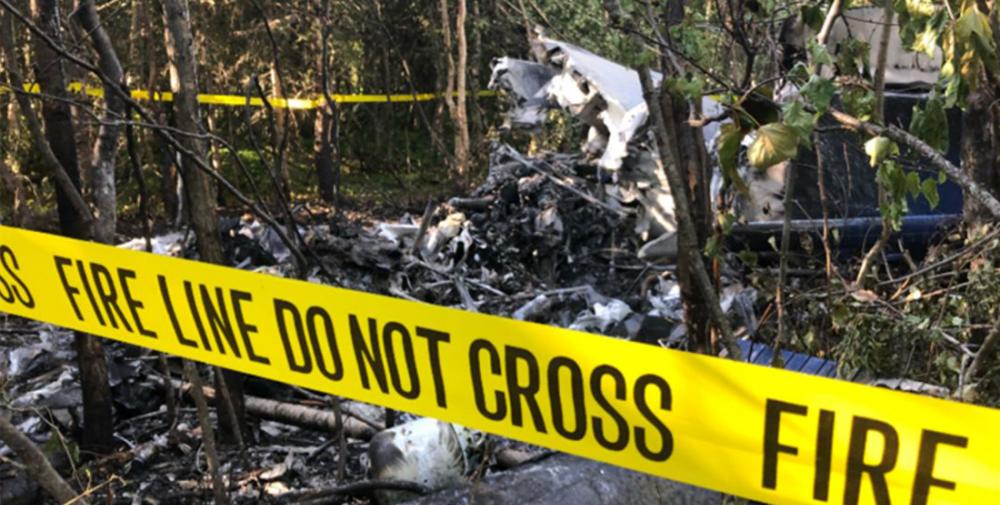 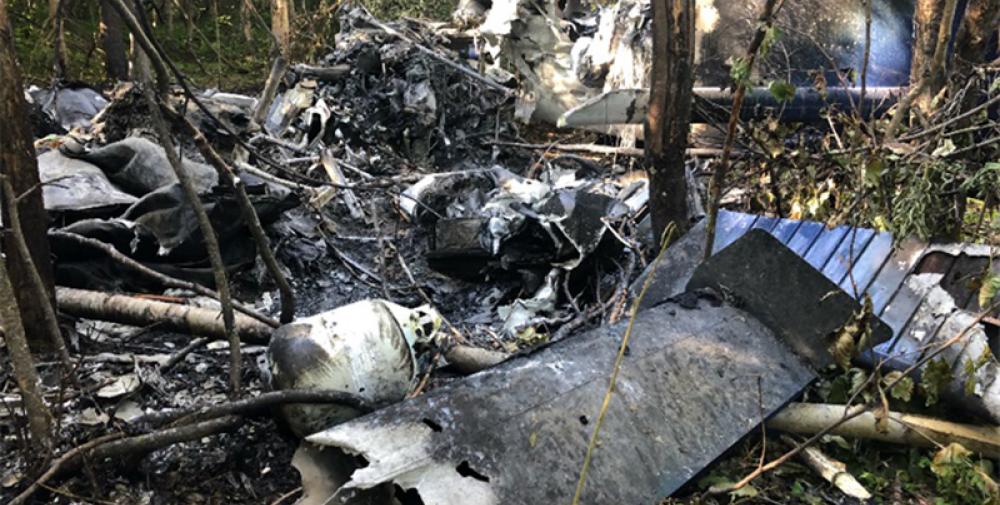 Registration:
N9878R
Flight Phase:
Takeoff (climb)
Flight Type:
Charter/Taxi (Non Scheduled Revenue Flight)
Survivors:
Yes
Site:
Plain, Valley
Schedule:
Willow Lake - FBI Lake
MSN:
1135
YOM:
1958
Location:
Willow Lake
Alaska
Country:
United States of America
Region:
North America
Crew on board:
1
Crew fatalities:
1
Pax on board:
2
Pax fatalities:
0
Other fatalities:
0
Total fatalities:
1
Circumstances:
A float-equipped De Havilland DHC-2 (Beaver) airplane, N9878R, impacted tree-covered terrain following a loss of control during the initial climb from the Willow Seaplane Base, Willow, Alaska. Of the three people on board, the airline transport pilot died at the scene, and the two passengers received serious injuries. The airplane was destroyed by a postcrash fire. The airplane was registered to Laughlin Acquisitions, LLC, and operated by Alaska Skyways, Inc., dba Regal Air, as a Title 14 Code of Federal Regulations Part 135 visual flight rules on-demand passenger flight. Visual meteorological conditions prevailed and company flight following procedures were in effect. The accident flight originated from the Willow Seaplane Base about 1900 and was destined for a remote, unnamed lake about 61 miles northwest of Willow. The operator reported that the accident flight was chartered by the Alaska Medicaid Travel Office to provide roundtrip transportation for one passenger from her private residence at the remote lake, to the Willow Seaplane Base and return. The operator flew the passenger and her 2.5-year-old son from their home to Willow Seaplane Base on July 16, and the accident flight was the chartered return trip to their residence. On July 19, the National Transportation Safety Board (NTSB) investigator-in-charge (IIC) reviewed Federal Aviation Administration (FAA) archived automatic dependent surveillance broadcast (ADS-B) track data concerning the accident flight. According to the ADS-B track data, on July 18, the accident airplane departed from the Lake Hood Seaplane Base about 1755 and arrived at the Willow Seaplane Base about 1818. Witnesses reported that after arriving at the Willow Seaplane Base, the pilot loaded the passenger's cargo, which according to a statement provided by the passenger, consisted of multiple bags of masonry mortar, three totes full of food and stores, two propane tanks, and miscellaneous baggage and supplies. Just prior to departure, the passenger was seated in the second row with her son on her lap. As part of their company flight following procedures, Regal Air incorporates Spidertracks, which provides company management personnel with a real-time, moving map display of the airplane's progress. According to archived Spidertracks data provided by Regal Air, the airplane began an initial takeoff run to the south at 1851. Numerous witnesses at Willow Lake stated that the airplane appeared heavy as they watched two takeoff attempts followed by a takeoff on the third run. At least three separate witnesses recorded the takeoff attempts on their mobile phones due to what they perceived as an unusual operation. Each witness stated that the airplane departed to the south and descended out of sight below the tree line. Soon thereafter, a loud airplane impact was heard. At 1900, multiple residents in a neighborhood southeast of Willow Lake heard a loud impact and witnessed smoke rising above the site. A neighbor responded and discovered the passenger walking with her son in her arms, outside of the airplane which was engulfed in flames. The Willow Fire Department and Alaska State Troopers responded. The Alaska Rescue Coordination Center received a 406 MHz Emergency Locator Transmitter signal at 1901 and dispatched a HH-60 helicopter to the site. On July 18, immediately after being notified of the accident, the NTSB IIC, along with an aviation safety inspector from the FAA's Anchorage Flight Standards District Office traveled to the site. The airplane wreckage came to rest in a level wooded residential lot in a nose down attitude. The postcrash fire incinerated the fuselage, empennage, floats, and cargo. The airplane was outfitted with Aerocet model 5850 floats and equipped with a Pratt and Whitney R-985 radial engine. The closest official weather observation station to the accident site was located at the Willow Airport, about 1 miles to the northeast. On July 18, 2018, at 1956, the station was reporting, in part: wind variable at 3 knots; visibility 10 statute miles; ceiling and clouds, clear; temperature 72° F; dew point 46° F; altimeter 30.15 inches of mercury. 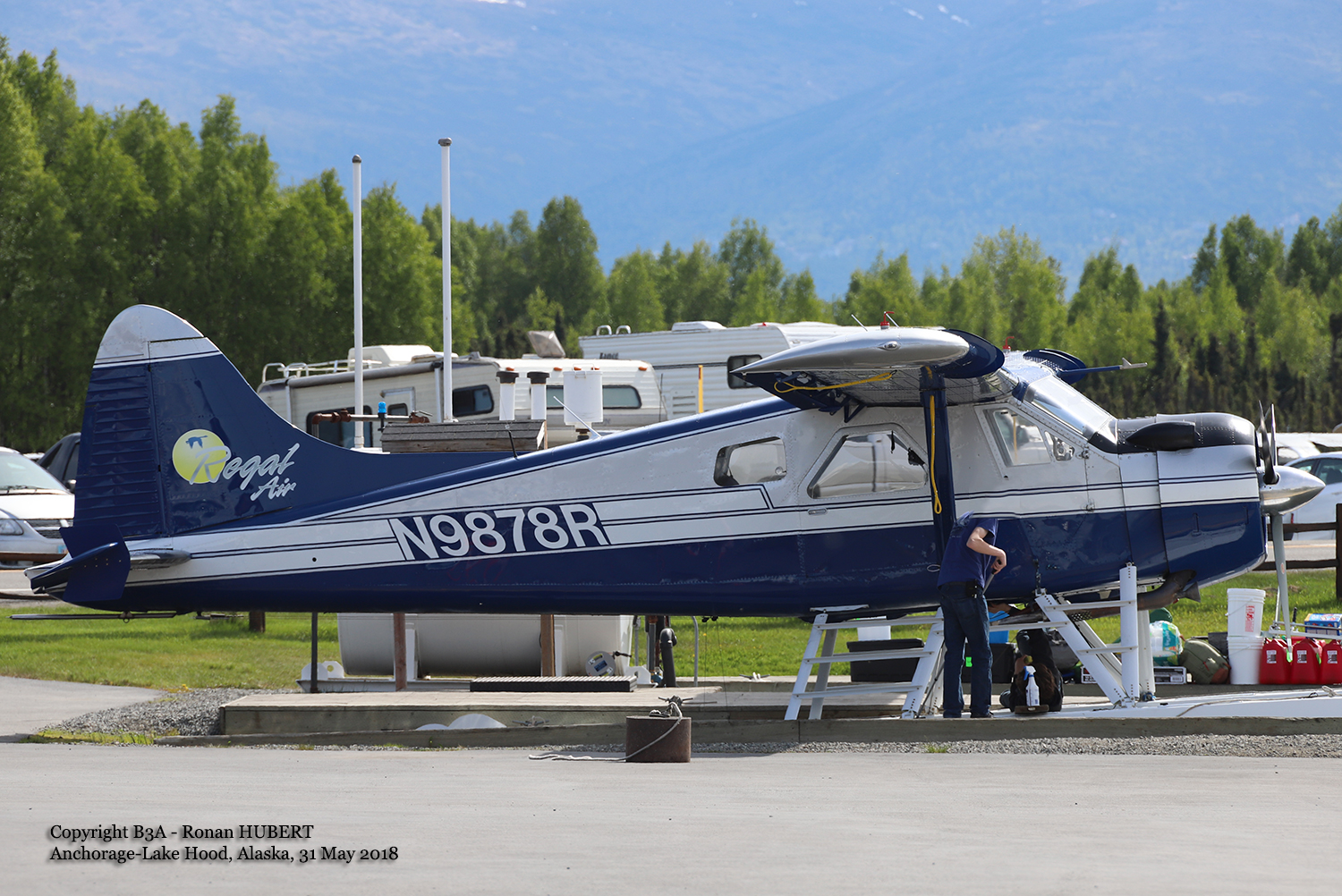 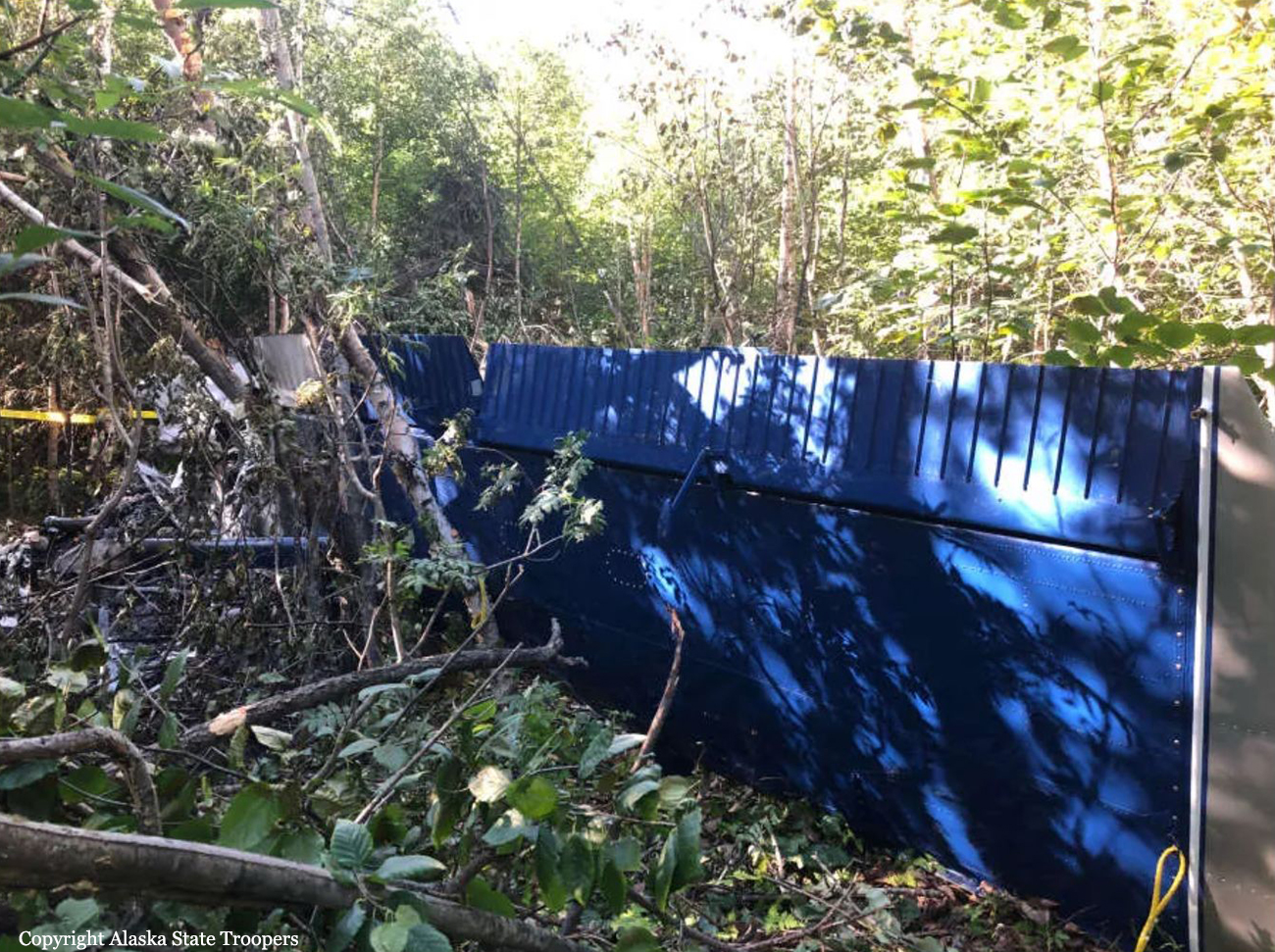 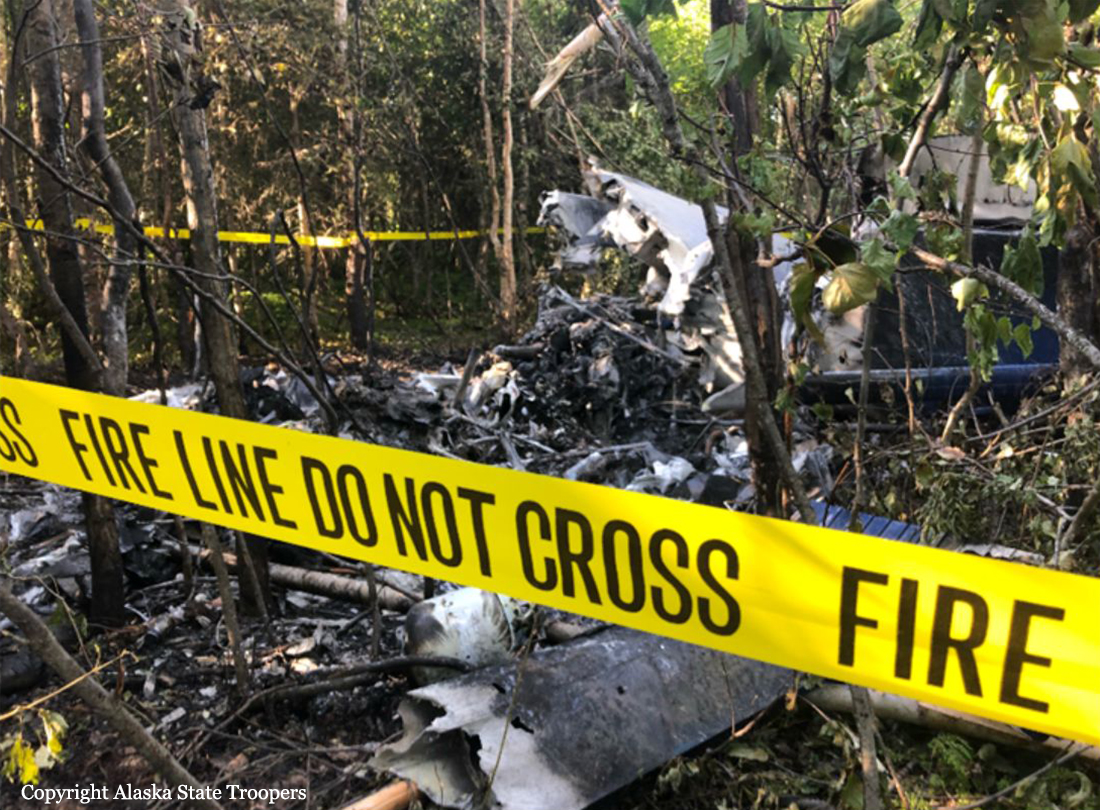 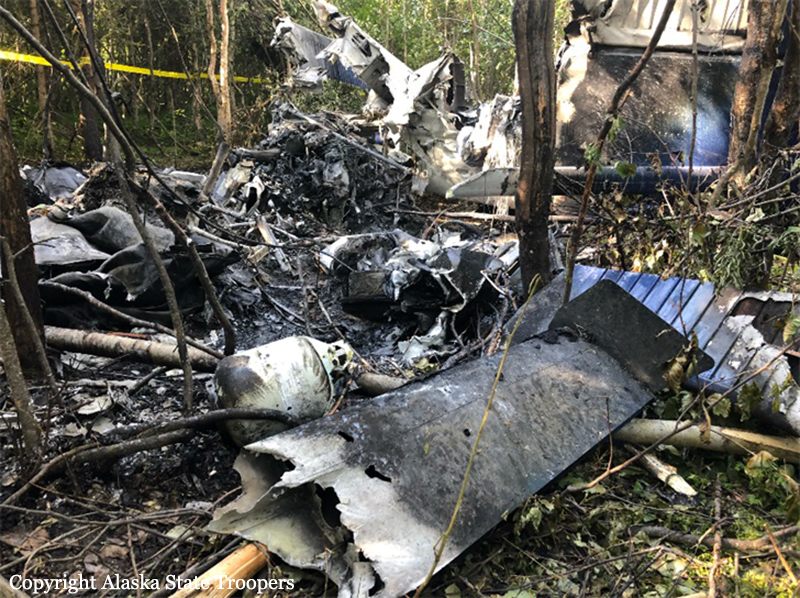